So you want a whole garden of little monsters? Great! I took this project on a while back and loved the plants that I managed to grow. While it’s not terribly difficult to actually grow the plants, I found it tough to find information easily online. I’ve decided to start this project over again and document it for everyone else who decides to give this a shot.

By far the most difficult part of this is finding real viable Monstera seeds. Ultimately I couldn’t find any websites selling seeds locally so I had to turn to eBay. If you’ve ever shopped for seeds on there it’s very hard to discern what is a true and honest listing from a fake one. Unfortunately it’s a common scam because a lot of people don’t know what the seeds look like to begin with. Here are some photos I took of what they actually look like.

In general they are about the size of a pea. The seeds are yellow with a greenish tinge and both times I purchased seeds they had a fine skin on them. I assume this is from the harvesting process. Both times I ended up ordering seeds that were shipped from Italy. In my case, this meant that my seeds spent a few weeks in the mail and because I’m impatient and ordered near the end of winter – they probably didn’t see great weather.

From what I have read anecdotally monstera deliciosa seeds do not travel well and do not keep well because they do not remain viable dried out. I have no source on this information but both times a number of seeds I received were mushy and did not germinate. This could also be due to poor harvesting or packaging, but I had no controls in place for that.

Previously I was able to germinate seeds in damp paper towel in a sandwich bag on top of the fridge for warmth, as well as placed directly in soil. I also experimented with seeds in rockwool which grew quite well but faltered with transitioning into soil. This time around I tried both paper towel and soil methods again. I’ll be placing these near an east facing window and I’ll update soon.

Good News
We have a sprout! The first leaf has sprouted up. Last time I grew these I was very impatient so it’s encouraging to see signs of life this early.

Bad News
Unfortunately a large number of seeds continued to rot away. Of twelve seeds in paper towel, nine of them became mushy or moldy before they germinated. I could have soaked the seeds before or provided a more sterile environment as I believe that some of these probably rotted from being too close to another rotting seed. I also should have discarded more non-viable seeds before trying to plant them all. I ended up moving the rest of the seeds into sterilized soil.

Questions, comments and suggestions are always welcome here. Let us know what you're thinking! 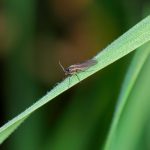 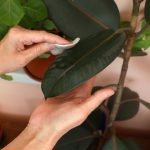 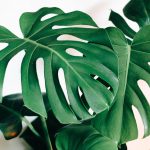 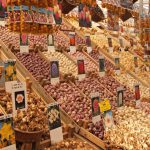 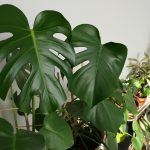